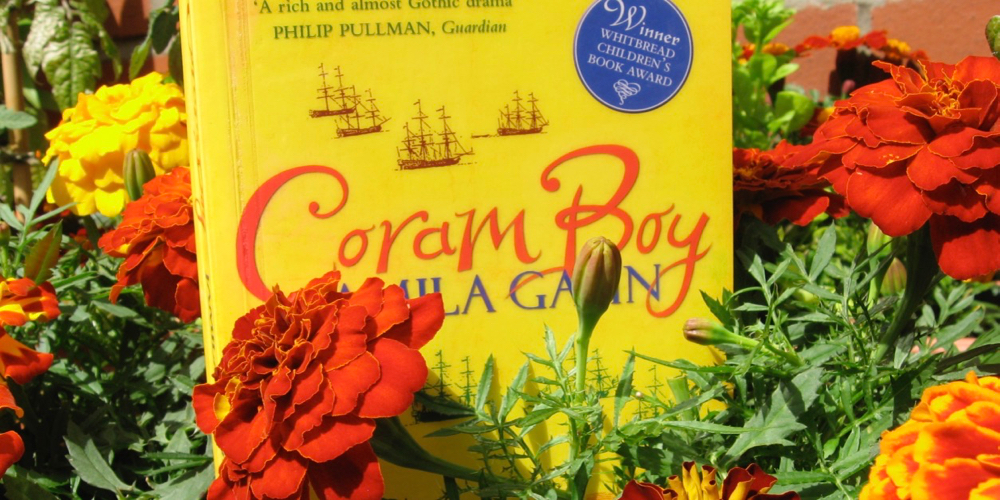 Meshak lives in a world of ghosts and angels. His father trades in unwanted babies, promising to deliver them to the Coram Hospital for abandoned children, but Meshak knows he does no such thing…

Alexander is heir to a fine estate. Yet his father will disinherit him if he pursues his dream of becoming a musician.

Years later, their fates become entwined with the lives of two young boys at the Coram Hospital: Aaron, an illegitimate foundling, and his best friend Toby, snatched from a slave ship by a strange benefactor.

Set in 18th Century England, Coram Boy exposes the dark side of Georgian moral values: the often brutal treatment of children. The Coram Hospital was a real institution, set up as a humane alternative to harsh parish orphanages. Author Jamila Gavin weaves fact and fantasy to create a vivid, heart-rending drama.