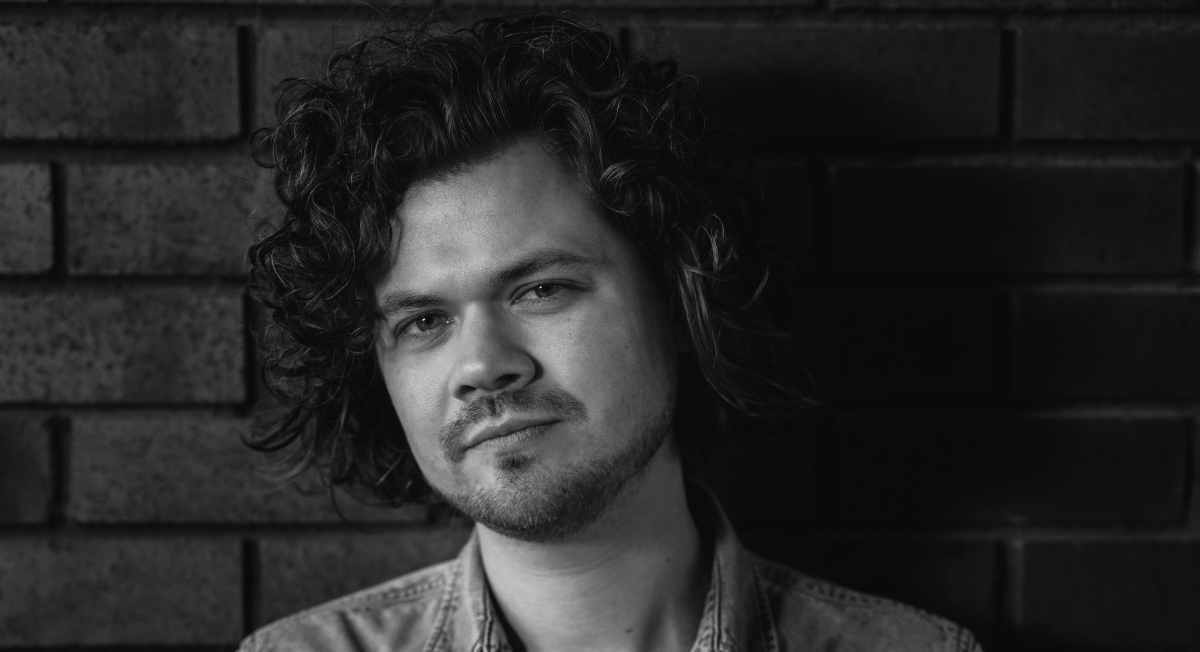 INTERVIEW FEATURE:  Poet John Challis talks to me about his pamphlet The Black Cab — plus work, fatherhood and the flickering shadows of film noir…

You’ll find John Challis — the poet, not the character actor — busy behind the scenes at Newcastle Centre for the Literary Arts. Now in his mid-30s, he juggles multiple roles as writer, research associate, events wrangler …and new dad. His first poetry pamphlet The Black Cab (Poetry Salzburg) has been selected for New Writing North’s Read Regional campaign.

The Black Cab is a striking debut. Set in London, it entwines memory, myth and family history with tantalising glimpses of the city’s murky past. The poems reach back through time to explore the experiences of different generations of men working in the capital. John’s father, who worked as a London taxi driver, is a central character in the collection.

“His black cab was like an anchor on the driveway.” says John. “It represented the stories he’d tell us (who he’d had in the back of his cab), as well as something dangerous and deeply historical.

“The black cab is a symbol of London — in the same way as the Horse Guards at Buckingham Place or the double-decker bus. But the black cab suggested other things to me. It connected to Charon, the boatman who ferried souls across the River Styx in Dante’s Inferno and Virgil’s Aeneid. And this suggested a way of imagining London as a place outside of time, as an underworld of sorts.” 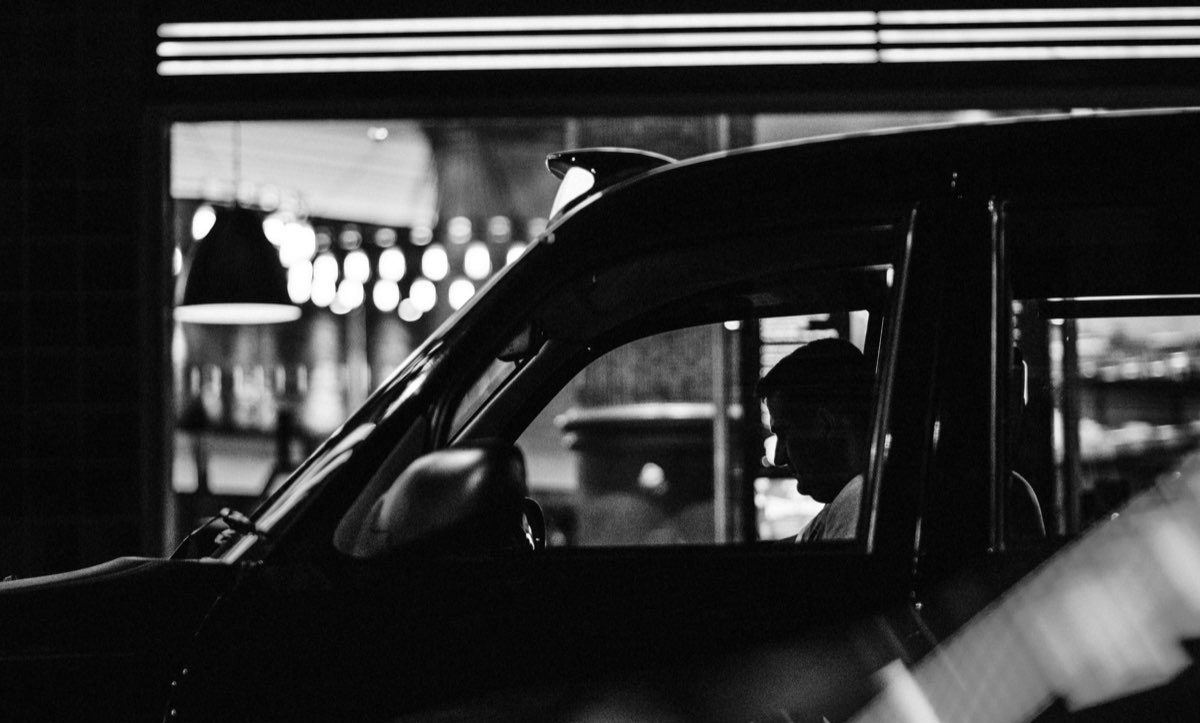 John read Dante’s Inferno as a teenager. It appealed to his “boyhood love of dystopian action movies” and the connection he made between cinema and poetry has continued to shape his work. His PhD in Creative Writing looked at the influence of film noir on contemporary poetry. John explains how his research gave him a starting point for The Black Cab:

“Film noir has an unhealthy obsession with looking back. All its antiheroes are plagued by a past that resurfaces or reoccurs. Their fractured identities are reflected through the cinematic tricks of chiaroscuro, flashback and expressionist camera angles. Films are shot in post-war urban environments, in cities obsessed with redevelopment and progress.

“Engrossing myself in classic noirs like Double Indemnity, DOA and The Killers, I began to think about identity. I’d stumbled, via cinema, upon on a process that would help me mine the subject of family and London for personal, as well as historical and mythical, material.

“I think many writers at the start are interested in telling their origin story, either through place or the self. Film noir taught me to excavate.

“When I lived in London, I remember reading about a plague pit discovered during an excavation for the Crossrail project around the corner from where I worked; work, death and history so close together. After my grandfather died, I remembered all these stories he told me about the fruit and veg market he used to work in, every detail of criminal activity alongside ‘honest’ labour.”

Work — and what it means to be a working man — is a theme that recurs throughout The Black Cab. John’s poems chart the jobs undertaken by three generations of men in his family — from his grandfather’s work shifting fruit and veg to his own experiences in a London advertising agency. Meanwhile, his father ferries his fares across a city that is always changing but forever looking back. 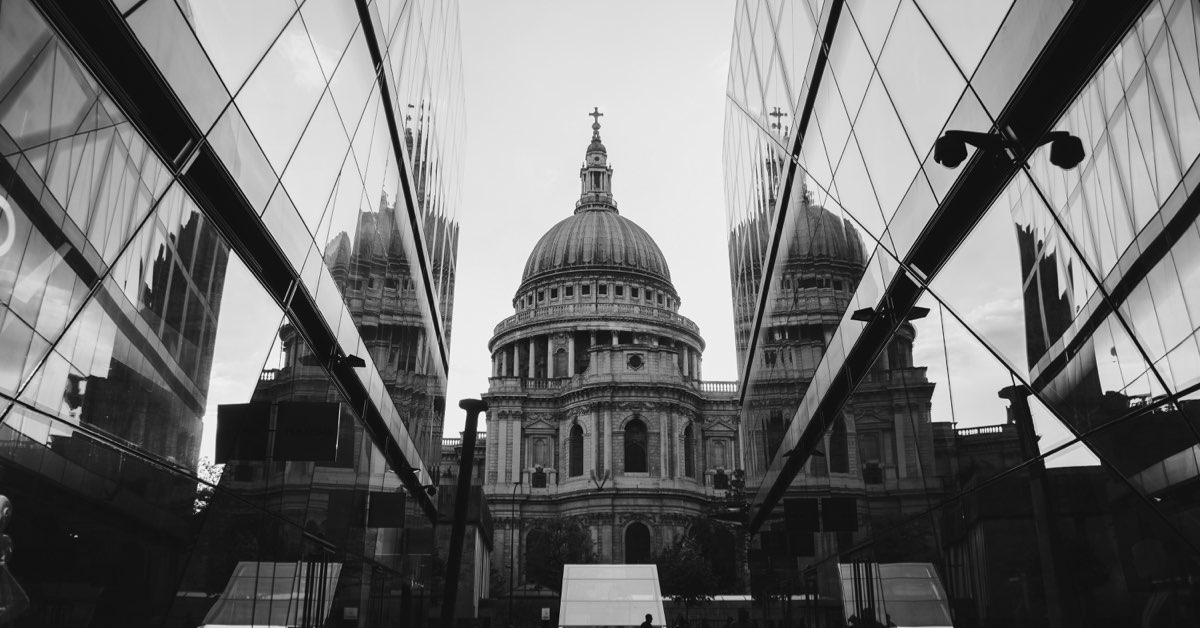 “London is built over the London that came before,” says John. “The cabbie’s knowledge offers a survey of the current city, yet their work requires them to constantly update the hard drives of their memory. Every time a one-way street changes direction, or a new hotel is erected they have to overwrite their knowledge. London is both a burial site and the zeitgeist.

“I remember my father ‘doing the knowledge’. He had to learn by heart a series of runs: to know by heart every road, street and point of interest between two locations. It was basically a degree in the city. London cabbies are known for their enlarged hippocampus – the part of the brain which plays a major role in memory, and in particular, spatial memory. This fact, coupled with my memory of Dad mapping the city of his birth onto his brain, excited me.”

This excitement fuelled John’s poem The Knowledge, which compares the different vocations of father and son, and hints, perhaps, at a shared work ethic. I ask John why work is so important in his poems.

“Work seems to define who we are and what we do. It organises us into classes, friendship circles and communities. In the digital world, our avatars, handles and biographies proudly state our occupations. In the real world, people wear work on their faces and clothes, and mime their occupations in the way they move. My father liked to say that you shouldn’t let your job define who you are. I agree with this, but I don’t know how you stop it. Poems are made and worked up things. Work is everywhere. We’re obsessed with work. 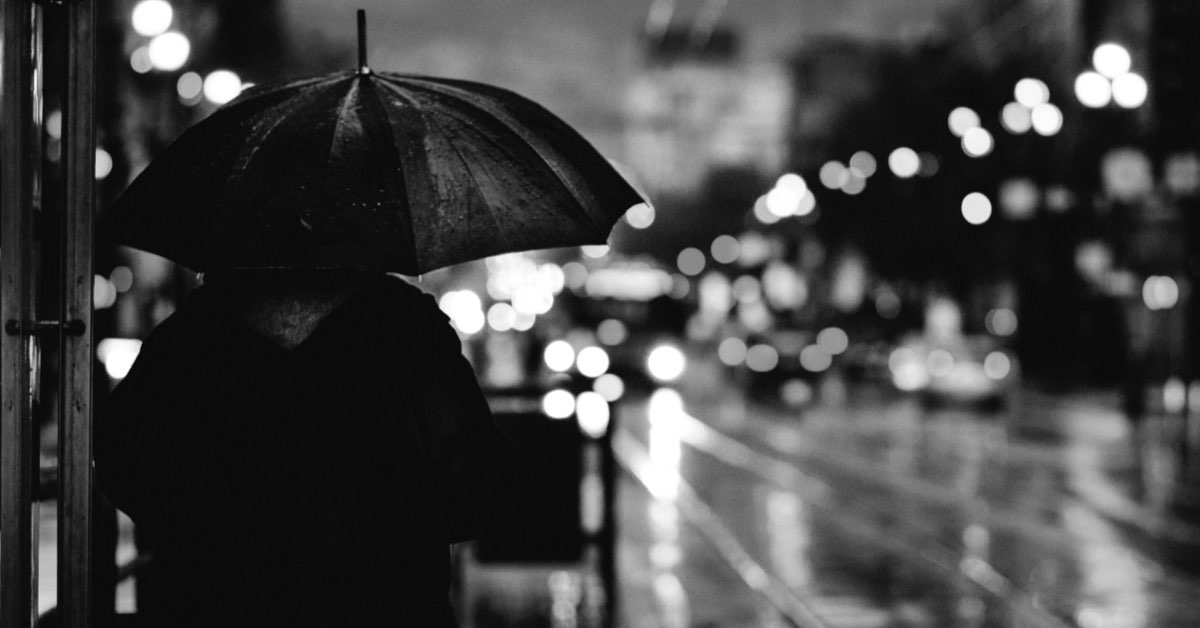 “As I began to write more seriously, poetry became a way to both celebrate and have a conversation with my father about work. We’re alike in so many ways, yet generational differences have afforded me much greater opportunity than he ever had to question the order of things and to explore a different way of working.”

The Black Cab doesn’t touch on work done by the women in John’s family, though their stories are no less extraordinary: “My father’s mother used to tap dance between boxing rounds in an East End pub,” he says. “There’s a rich amount of material that I haven’t found a way into yet. The desire to place to myself beside what I saw as traditional male working-class jobs, perhaps partly due to guilt, led the arrangement of this pamphlet.”

The father-son relationship not only underpins the structure of The Black Cab, but also gives the pamphlet a lot of heart. Since its publication, John has become a dad himself. I wonder if having a baby girl has changed his perception of the parent-child relationship or influenced the subjects he chooses to write about now.

“If anything, I’ve thought more about my mother… how she spent the days, while Dad was working, looking after my sister and I — doing a different, yet even more important type of work.

“Since having a child, some new poems about my daughter are beginning to emerge, though these are more concerned with the passing of time and one’s own place in time. Children become parents, parents become grandparents, and grandparents become historical.” 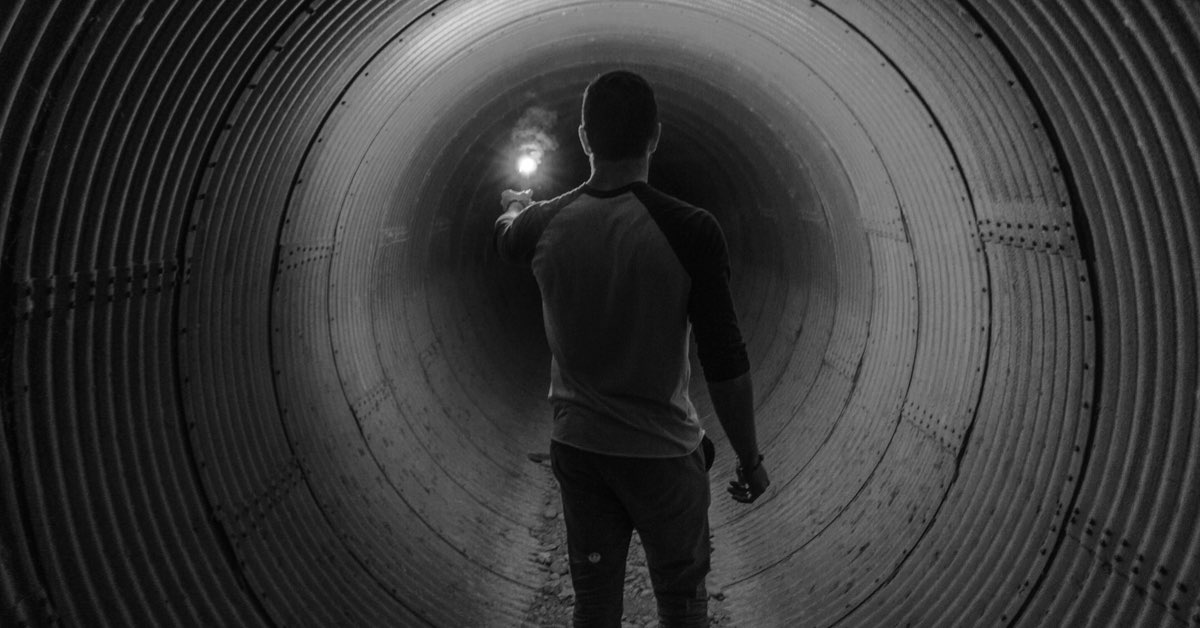 John’s elastic sense of time — and mortality — permeates The Black Cab. “This is something I’m still interested in,” he says. “How can the past and present coexist in a poem without losing the compression and energy demanded of the art form?

“In some way, the poem is a work of two minds: the author’s and that of language. Whether I’m conscious of it or not, memory and its many clusters and networks of connections fuels my writing. Poems are composed of words and within every word is the history of its usage.

“When I started out I placed far too much emphasis on writing over reading. My advice to my younger self, as well as to any younger poets, is simple: slow down and read more than you write. Reading whatever comes my way — classic, modern or contemporary — has given me far more ideas than I could have generated had I continued writing with only myself for company.”

John Challis will be reading from The Black Cab at Newcastle City Library on 15 May. He is also running a poetry workshop at Gateshead Central Library on 20 May. For more information, visit www.johndchallis.co.uk/events.